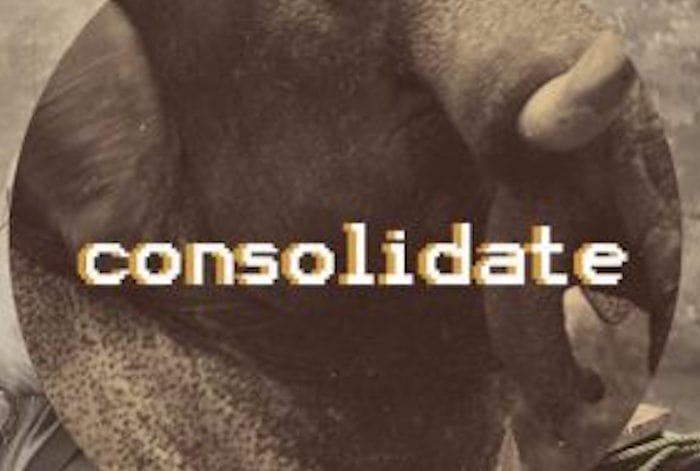 From veteran music labels to more recent, DIY crop ups, it’s always raining releases when you know just the collectives to watch out for. Krunk’s sifted through the offerings and rounded up the 10 record labels in recent times that have been making waves with sounds from genres ranging from indie electronic to punk/rock.Here’s a look at them:

Set up by Madhav Shorey (aka Kohra) and Gaurav Malekar (of BLOT) in 2011, New Delhi-based Qilla Records has been paving the way for underground dance music with a commitment since its inception. With ‘over 30 releases from around 50 producers from across over the world’ the roster is diverse with a penchant for quality minimal techno and house, including Lucas Monge, SHFT, Jayant | Jitter, Folic State and Midnight Traffic.Madhav explains, ‘The master plan of the label is to showcase (very) promising Indian talent along with some of the mostcutting edge music globally,and definitely label showcases in India and internationally.

Run by Vishnu PS (aka Soulspace) and Nikhil Kaul (aka Frame/Frame) Lowlit Records is one of the most promising gifts of 2015. Describing it as ‘an artist collective, record label, and a multi-platform cultural curator’ Vishnu shares, “Lowlit is all about uncompromising, forward-thinking, genre-less music.”Their first release ‘Flutter’ recently made it to our Krunk picks of last year and we’re going to be keeping our ears to the ground for more releases on this one.[Follow them on Facebook & Soundcloud.]

Ennui.bomb has been an instrumental part of the burgeoning independent scene in India, set up in 2004 by Rishu Singh. The DIY label is behind the 9-edition strong crowdfunded venture ‘Control ALT Delete’ that has cultivated audiences for their punk/rock sound across the country. They also come out with their ‘Stupiditties’ compilations ever year, featuring the freshest talent from across the country. Check out the label’s entire roster of artists here.“I started ennui.BOMB in 2004 for a simple selfish reason: to listen to music I like.

All around me was gigs and CDs full of sounds that did not appeal to me and I wanted to change that. If labels and promoters were not going to give me what I wanted to hear, I decided to do it myself. Eleven years later I am happy that ennui.BOMB is known for a niche kind of sound in the Indian indie scene,” says Rishu. [Check out their website & Facebook.]

Bangalore-based electronic producer _RHL (also one half of Sulk Station) has not only succeeded in creating a platform for artists in the city, their latest release ‘Peach Tea Since July’ officially launched their label in a feat of collaboration including Disco Puppets, Skippy and Machli. (Check it on Bandcamp here.).Consolidate also recently made waves at the Magnetic Fields Festivals with its collaboration with Pakistan-based Forever South at a secret party presented by THUMP and Border Movement. [Here are Consolidate’s Tumblr & Facebook.]

Techno veteran Arjun Vagale’s sound has been described as “intense, driven and atmospheric” and his experimental inclinations have seen him go on to tour all over the world. His global record label has a similar penchant for ‘high-quality dancefloor tunes’.

“In addition to releasing their own productions, the cosmopolitan duo aim to give a voice to fresh new talent from around the world. The innovative label focuses on underground sounds rather than being defined by any one genre.”With a roster comprising of Alex Dolby, Fiord, Jay Haze, Kosmas Epsilon, Pawas, Dave Ellesmere, Ray Kajioka, Dale Anderson, MOS, Peter Horrevorts, George Delkos, Fog, Dheeraj Sareen, Danny Beggs, Arjun Vagale has also co-founded UnMute Agency, which has been tirelessly pushing India’s underground talent.
[Follow Maktub on Facebook.]

Pushing ‘left-field Asian-tinged electronica’ since 2001 via Ethnotechno.com to ‘take the sounds of the diaspora back to its source: South Asia’, dimmSummer is also the co-founder of the New York-based High Chai Recordings. Cultivating audiences for a solid 15 years now, we’ve featured two of High Chai’s releases before as one of our 2015 Krunk picks because this label’s contribution to the electronic scene in India has been as steady as their allegiance to finding the freshest of dub, dubstep drum and bass sounds from the region.

“I feel that artists and audiences in India are more open to a larger array of musical experiences than other places, simply due to their size and geography,” he tells Homegrown. “For the most part, India is a tropical country, so it’s warm year-round and that lends to a party atmosphere better than the cold concrete jungles of NYC,for example. India is starting to mimic the West Coast of the US because of this shared climate. So this kind of openness to go out and explore sounds, coupled with the sheer size of demographics promotes growth, variation and experimentation more than usual.” Featuring artists like Pippin, Sandunes, Bastik Legion and most recently, When Pandas Attack, follow High Chai on Facebook right here to keep up.

Indie electronic music in the subcontinent carves its own niche with Dualism Records, managed by Sahej Bakshi (aka Dualist Inquiry) and Tej Brar. “My objective with this is to help Indian fans and music lovers discover their next favourite artist, and to also help these incredibly talented artists (some of who are less than a year into gigging) reach out to a larger audience more quickly,” Sahej explained in an NH7 interview.

While the latest release off the label is Dualist Inquiry’s ‘Natural Disasters’ EP, the most memorable release by these guys has no doubt been the collaborative tapestry ‘Subterra’ featuring artists including Frame/Frame, Nanok, Big City Harmonics and Su Real. [Follow Dualism Records on Soundcloud.]

“All good music and musicians have one thing in common. They all sound Kadak.”

Describing themselves as a ‘not-for-profit and ambitious’ record label, Kadak Apple was started by singer-songwriter Tejas Menon and Krish Makhija. Not only has the label featured some very interesting singer – songwriters in their acoustic ‘Kadak Sessions’ on Youtube, its debut release was Tejas’ own 5-track pop-rock EP ‘Small Victories’.

Brainchild of Haamid Rahim (aka Dynoman) and Bilal Nasir Khan (aka Rudoh) Forever South is all about backing the live electronic music in Karachi. Some of the label’s releases include Dynoman’s ‘Naubahar’, as well as singles from Rudoh, Friedi and Alien Panda Jury.

“The electronic and music scene in Pakistan is amazing,” Forever South told Wild City. “We have a lot of beat makers up here in Karachi and hopefully some other all around the country as well. Our beat makers here keep creating beats and fresh sounds that amaze us. But aside from beat makers we have amazing sounds coming out of Pakistan! There are bands like Basheer and the Pied Pipers, Mole, and Orange – noise constantly pushing the boundaries with sound design and effects.“There are other artists in the genre of ambient and post rock like Asfandyar Khan and 6LA8 who too are making amazing sounds and modelling effects so brilliantly! So we have a whole bunch of awesomeness coming out of the scene!”[Follow FXS on Facebook & Soundcloud.]

Representing New Delhi-based moody waltz act Run It’s The Kid, Shantanu Pandit, Rounak Maitie and Prateek Kuhad, there’s been a slew of gigs by the roster lately leaving a rapidly growing audience in their wake. Prateek Kuhad’s ‘In Tokens & Charms’ was picked by Apple Music as the ‘Best Indian Indie Album of #2015’, and Run It’s the Kid’s first single is bound to whet your appetite for the February release to come.

“Independent labels in India barely make any money from traditional sources. And to survive, you can’t solely be a label. At Pagal Haina, we provide a 360-degree solution to our artistes – from managing them and booking shows to helping them release their music and working on their branding,” he says.